When it comes to sexual intercourse, most people might think that the majority of the time couples are “of the moment” and impulsive. However, the results of 2 surveys show that the opposite is true when it comes to users of erectile dysfunction (ED) medications. For this audience, the majority of men consider sexual intercourse to be a planned event, and one they look forward to.

These findings came from a study that Pfizer sponsored in late 2015 surveying nearly 1500 men with active sex lives, who had taken an Erectile Dysfunction (ED) medication within the past 3 months in seven countries (Brazil, China, Italy, Japan, Russia, Taiwan and Turkey). The results showed four out of five men always or sometimes plan for sexual intercourse in advance. China had the highest level of planning with over 95%. Even Japan, which had the lowest level, counted over 73% of men who always or sometime plan for sexual intercourse.

These results were replicated in 2016; Pfizer sponsored a 2nd survey on almost 2000 additional men with and without ED and some women in four additional countries (Australia, Egypt, Mexico and UK). It showed the large majority of men with ED plan for sexual intercourse and nearly half of the women and men without ED also plan for sexual intercourse.

Taken together, the results of these two surveys show that the majority of men taking an ED medication are not restricted in the planning of their sexual activities, and are in fact proactively planning for sexual intercourse. They enjoy planning sexual intercourse and knowing what to expect.

As Professor Annamaria Giraldi from Denmark said during the ISSM congress in 2016: "We all think that sex is going to be spontaneous; that is what we see in movies. But when you work with people and their sexual life, you find that this is not the reality for many people."

By 2025, it is estimated that the number of men diagnosed with erectile dysfunction worldwide will rise to over 300 million men. These insights can help healthcare professionals select the appropriate ED medication to ensure optimal patient care and improved treatment outcomes.

We all think that sex is going to be spontaneous; that is what we see in movies.  But when you work with people and their sexual life, you find that this is not the reality for many people.

Syphilis On The Rise 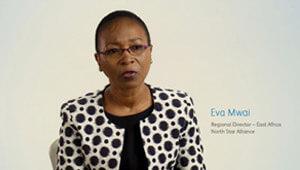