The Value of Antibiotics in Treating Infectious Diseases

In the early 1900s one of the major global health threats was infectious diseases associated with poor hygiene and poor sanitation. No medical advances have been acknowledged as more important than the development of vaccines and antibiotics during the early and mid – twentieth century.1 The enormous gains made in public health through the prevention and treatment of infectious disease have been hailed as a medical miracle.2 Antibiotics thus revolutionized medicine in the 20th century, and have together with vaccination led to the near eradication of diseases such as diphtheria and whooping cough in the developed world.

Antibiotics, also called antibacterial or antimicrobial drugs, are used in the treatment and prevention of infections caused by strains of bacteria3 by killing or inhibiting the growth of these bacteria while the body's natural defenses work in concert to eliminate the infection.4 Similar to the fact that aspirin is a natural product derived from the white willow tree, many antibiotics can trace their origin from plants and fungi.5

While the story of penicillin's discovery by Alexander Fleming in 1928 is well known,6 the first antibacterial treatment began with the use of a compound called Salvarsan (arsphenamine), an arsenic-containing drug which was first synthesized by Alfred Bertheim and Paul Ehrlich in 1907.7 This was a highly toxic drug to treat syphilis, for which both Bertheim and Ehrlich were awarded the Nobel Prize.8

How Antibiotics are used

Today there are literally hundreds of different antibiotics that may be prescribed based upon the type of infection and suspected bacteria. For serious/severe infections, a broad-spectrum antibiotic (i.e., one that is effective against many different bacteria) is used initially. A narrow spectrum antibiotic (i.e., one that is effective against a few specific types of bacteria) may then be used once the infecting bacterium has been identified.9,10

In addition to treating an infection, antibiotics may be prescribed prophylactically to prevent infections in the case of high risk. For example HIV/AIDS or otherwise immunosuppressed patients may be prescribed antibiotics to prevent secondary bacterial infections.11 This is also true in the case of cancer patients with suppressed immune systems, patients about to undergo high risk surgeries, as well as dental patients at risk for bacterial endocarditis.12

While antibiotics are used to treat and prevent numerous types of infections, these infections can be divided into two basic types: community acquired and hospital acquired. Community-acquired (CA) infections are those infections that are contracted outside of a health care setting, or infections present on admission.13 CA infections are often distinguished from nosocomial, or hospital-acquired, diseases by the types of bacteria infecting the patient. Hospital-acquired infections (HAIs) are more likely to be caused by bacteria resistant to antibiotics and result in a significant clinical and economic burden worldwide.14 An estimated 5–10% of all hospitalizations are complicated by a nosocomial infection with an estimated cost of $4.5–5.7 billion per year in the USA alone.15 HAIs also tend to have greater mortality than CA infections.16 Some antibiotics can be taken orally, while others are administered by injection or applied topically to the skin.17 Antibiotics are not effective against viruses and should never be taken in the case of suspected viral infections such as common colds. Used properly, antibiotics can save lives. 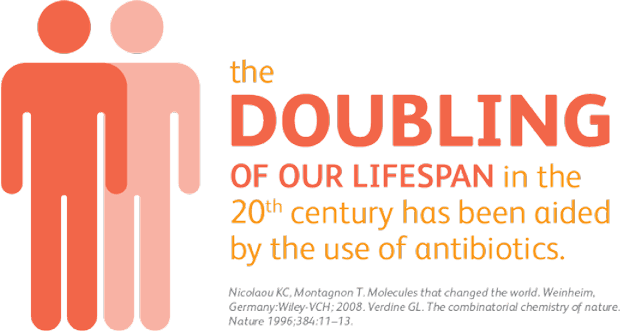 The doubling of our life span in the 20th century has been aided by the use of antibiotics.18, 19 Many medical and dental procedures that we today take for granted would not be possible without the availability of safe and effective antibiotics.20 Clinical studies have shown that the mortality reduction due to treatment with antibiotics ranges from 10% for skin infections to 75% for bacterial endocarditis.21

Without antibiotics infectious diseases have devastating consequences for people and economies. For example, one study evaluated historical trends in Staphylococcus aureus infection rate, economic burden, and mortality in U.S. hospitals.22 The authors determined that in 2003, the total economic burden of S. aureus infection was estimated to be $14.5 billion for all inpatient hospitalizations and $12.3 billion for surgical patient hospitalizations. Thus the prevention of these infections should result in corresponding cost savings. Acute otitis media (AOM), or inflammation of the middle ear, is responsible for 13.6 million pediatric office visits annually in the U.S. and incurs an estimated annual cost of $2.98 billion.23 In a published cost-effectiveness analysis that was conducted among children aged 6 months to 12 years seen in primary care offices, routine treatment with amoxicillin was shown to be cost effective.24 In fact that same study showed that when compared with delayed prescription, 7 to 10 days of amoxicillin resulted in a significant cost savings. More generally, in terms of actual value that antibiotics provide, evidence from cost/utility analyses of antibiotics have shown that the majority of antibiotics provide value for money, save money, and improve effectiveness of concurrent medical procedures.25

Antibiotic resistance (or antimicrobial resistance, AMR) is a global problem. Unlike almost every other class of drug, antibiotics drive their own obsolescence by selecting for antibiotic-resistant bacteria. Infections caused by antibiotic-resistant bacteria extract a significant public health and economic burden on healthcare systems. The Centers for Disease Control and Prevention (CDC) estimates that each year in the U.S., at least 2 million people become infected with bacteria that are resistant to common antibiotics, and at least 23,000 people die each year as a direct result of these infections.26 The economic burden created by antibiotic resistance in the U.S. is estimated at $55 billion ($20 billion in health service costs and $35 billion in lost productivity) per year.27 Antibiotic-resistant infections cause over 50,000 deaths annually in Europe, with hundreds of thousands more dying in other regions.28

Antibiotic resistance is a natural phenomenon, but its occurrence can be increased by careless use/overuse of antibiotics. The pharmaceutical industry recognizes our responsibility and remains committed to playing a significant part in ensuring that antibiotics are used appropriately, called good antibiotic stewardship. Given the unique scientific, economic, public health and environmental challenges presented by AMR, collaboration between stakeholders is essential to maximize progress. Pfizer along with other pharmaceutical companies have developed the Roadmap for Progress on Combating Antimicrobial Resistance. The Roadmap includes commitments to both antibiotic stewardship and antibiotic resistance surveillance.

Antimicrobial stewardship (AMS) works to ensure antibiotics are only used when appropriate and that the correct antibiotic for a patient is used at the correct dose and for the proper duration. To be successful, AMS requires an evidence-based approach, involving education, resistance surveillance and antibiotic usage review. Thus, it is necessary for infectious disease specialists, microbiologists, clinical pharmacists and other key caregivers to work together as a team. For more information of antibiotic stewardship, see http://www.ifpma.org/subtopics/antimicrobial-resistance.html.

Regional and global surveillance of antibiotic resistance patterns provides physicians with important information to help them choose the most effective antibiotics and to plan and assess stewardship practices and other resistance-mitigation strategies.

Download the Value of Antibiotics in Treating Infectious Diseases article in PDF format.

Before antibiotics 90% of children with bacterial meningitis died.

Strep throat was at times a fatal disease, and ear infections sometimes spread from the ear to the brain, causing severe problems.

Other serious infections, such as tuberculosis, bacterial pneumonia and whooping cough, led to serious illness and sometimes death. 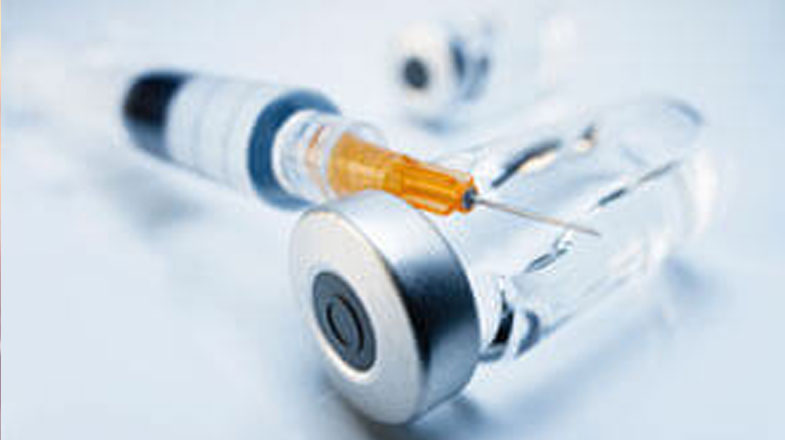