The Value of Medicines for Psoriasis

Psoriasis is a chronic, immune-mediated inflammatory skin disease, affecting the skin and other parts of the body. It affects approximately 2 to 3 percent of people worldwide, including 7.4 million people in the United States.1

The most common form is plaque psoriasis, which affects about 80 – 90 percent of people who have the condition.2 Of those, as many as 20 percent have moderate-to-severe chronic plaque psoriasis.3 Some people with plaque psoriasis also have psoriatic arthritis, a form of arthritis characterized by joint pain, stiffness and swelling. It can affect any part of the body and can be a debilitating illness.4 Psoriasis has a strong genetic correlation, as studies reveal 36 genetic markers associated with the disease.5

Topical agents (e.g., steroidal creams, ointments) are considered to be the first-line treatments for mild symptoms of the disease. For patients with greater percent body surface area of involvement or with a condition that has significant quality of life impact, systemic therapy (drugs taken within the body) and/or phototherapy is prescribed.6 Systemic medication for psoriasis can be broadly divided into small molecules, which are usually given orally, and large molecules (biologics), that must be delivered by injection or infusion. These medicines can be used as single agents (monotherapy), combined with other drugs (for more severe cases), or even used with phototherapy.7 Systemic medications may include general anti-inflammatory drugs, or the newer immunosuppressant drugs that target specific pathways involved in the pathological immune response that causes psoriasis. 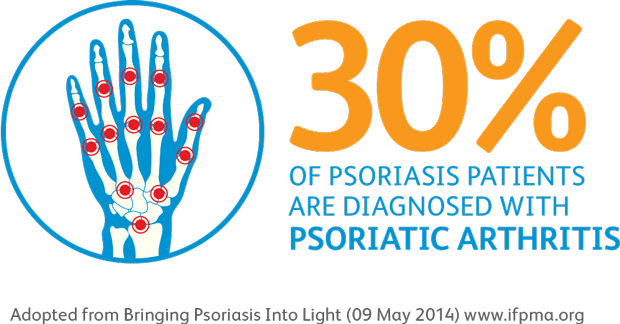 While psoriasis was originally believed to be, and is often thought of as, a skin disease, scientific evidence tells us that psoriasis is associated with systemic (whole body) inflammation, and that patients with the disease are at a significantly increased risk for other comorbidities, including (but not limited to) some forms of cancer, heart disease, Crohn’s Disease, depression, and diabetes.8 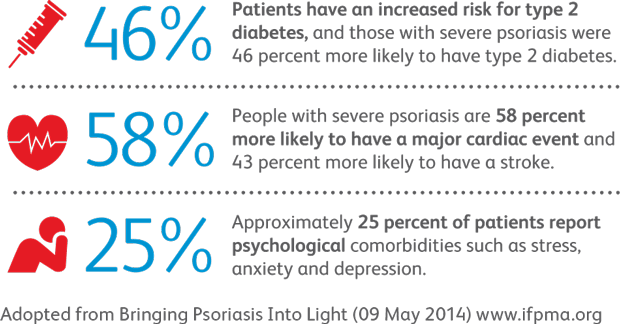 Psoriasis can have a significant negative impact on a patients’ quality of life. A survey by the National Psoriasis Foundation in the U.S. found that almost 75 percent of surveyed patients believed that psoriasis had moderate-to-large negative impact on their quality of life, which included alterations in their daily activities.9 One common ailment associated with plaque psoriasis is the symptom of itching, which, according to some patients, has been compared to being bitten by fire ants.10 Furthermore, due to the scaly rash that often appears on the skin, many patients have difficulties in social interactions and face emotional stress, which in turn can influence the development and exacerbation of psoriasis outbreaks.11 Psoriasis patients are more likely to suffer from depression and psychological conditions. In fact, one recent study indicated that there is a 44 percent increased risk of suicidal thoughts, attempts, or completed suicide in psoriasis patients compared to the general population.12

Psoriasis exerts a significant economic cost for both the patient and society. In a recent study published in The Journal of the American Medical Association, the annual direct and indirect cost of psoriasis amounted to approximately $112 billion in 2013, which included up to $63.2 billion in direct costs (expenses from the primary disease) and $35.4 billion in indirect costs (determined by loss of work productivity), and medical comorbidities (conditions associated with psoriasis) were estimated to be $36.4 billion.11 In a survey in the U.S. using data from 2003 to 2011, 92% of patients with (mainly) moderate or severe psoriasis said that their psoriasis or their psoriatic arthritis was the only reason for not working.13The findings from these U.S. studies showing the high burden of indirect costs are consistent with other countries, including Germany, where average annual costs for psoriatic arthritis patients increased from €3,150 per patient, to approximately €5,500–11,075 per patient, when indirect costs are also considered.14 Additionally, based on a systematic literature review on the economic burden of psoriasis in 11 countries, costs associated with psoriasis were comparable to other costly conditions such as pancreatic cancer, melanoma, prostate cancer and asthma.15

Value of Medicines in Psoriasis

The treatment of psoriasis and psoriatic arthritis has evolved over the past decade due to the advent of biologic therapies designed to target specific components of the immune system. Due to advances in our understanding of the immune system, these newer agents have been more effective and can improve the quality of life for millions of people who suffer from the chronic condition.16, 17 These newer therapies represent a major technological improvement over traditional immunosuppressive medications, as many of these treatments have been shown to reduce psoriasis activity by as much as 75 percent in clinical trials.18 In particular, for patients with extensive or recalcitrant disease, the management of psoriasis has been improved on account of these newer agents.19

Health care resource utilization refers to the consumer use of health care resources and services, and reflects the way patients interact with health care providers. Patterns of utilization help to describe the health status of the population and availability of resources.20 Findings from studies measuring this outcome for plaque psoriasis and psoriatic arthritis patients have shown significantly reduced resource utilization in recent years on account of newer therapies.21, 22

One study recently published in BMC Dermatology examined the efficacy of one systemic treatment in patients with moderate-to-severe plaque psoriasis and psoriatic arthritis on employment status, job duties and sick days among this patient population. The study found that there was a decrease (from 17–23 percent to 5–8 percent) in the number of patients whose job responsibilities had to change due to symptoms of their psoriatic arthritis. Similar results were seen with job responsibility changes due to symptoms of psoriasis (from 11–14 percent to 4 percent). There was also a greater than 47 percent reduction in sick days after 12 weeks of treatment.25 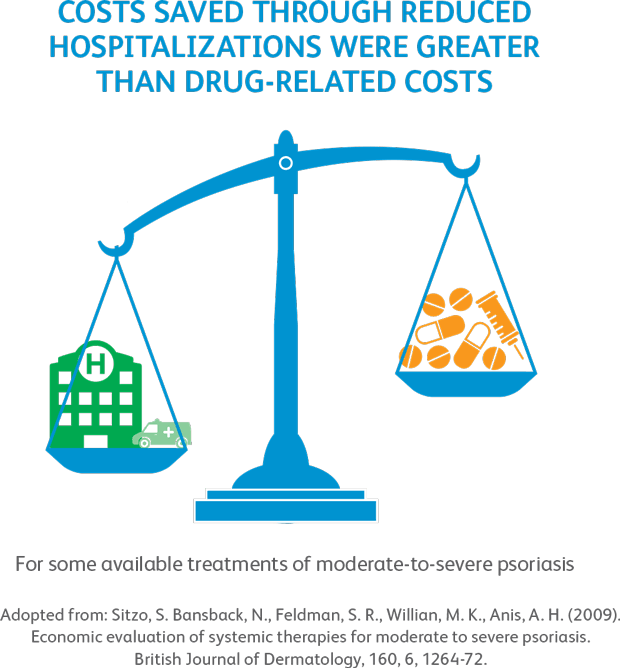 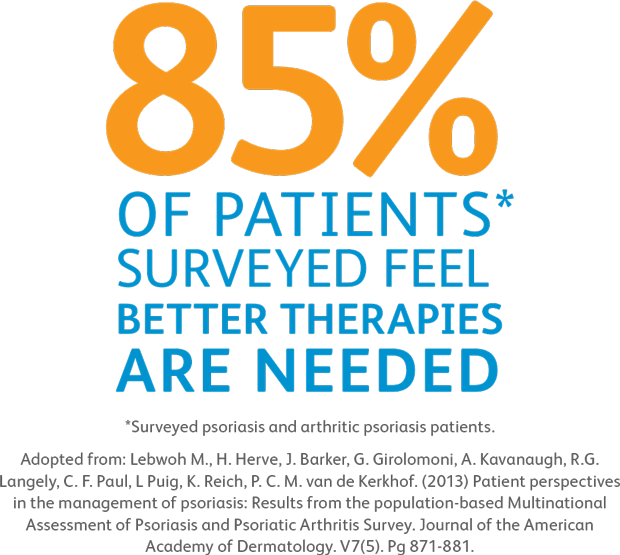 Fortunately, significant progress in drug development for the treatment of psoriasis continues. Precision medicine is a developing method of care in which medical decisions and therapies are tailored to the individual patient based upon the patient’s genetics and other molecular or cellular analysis. Knowledge gained from the study of disease and drug responses, and the development of diagnostic tests, should lead to the development of refined treatment plans, influencing the prescribing of therapies that are most likely to be safe and efficacious for a given patient.28 Today, there have never been more options for treating moderate-to-severe psoriasis, and the quality of clinical data supporting conventional drugs continues to improve.

Download this Value of Medicines for Psoriasis article in PDF format.

2 to 3 percent of the world’s population (over 125 million people) including over 7.4 million in the U.S. have psoriasis.1

Psoriasis has a strong genetic correlation, as studies reveal 36 genetic markers associated with the disease.5

Almost 75 percent of patients surveyed believed that psoriasis had a moderate-to-large negative impact on their quality of life.9

Studies have demonstrated both cost effectiveness and quality of life gains from psoriasis treatments.16, 21

Significant progress in drug development for the treatment of psoriasis has been made in recent years.22 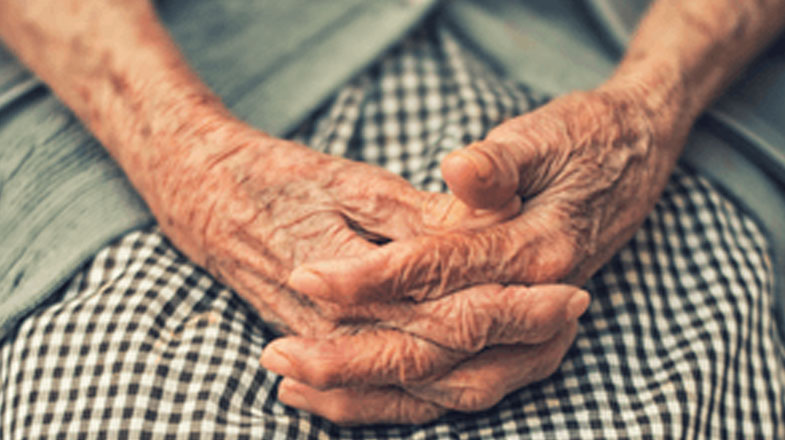