Our Purpose / The Value of Medicines in Offsetting Healthcare Costs
November 7, 2018

For the last 10 years, U.S. healthcare spending has grown around 3 percentage points faster than GDP.1 Today, healthcare makes up 17 percent of GDP. According to estimates, at this rate, by 2022, 20 percent of U.S. GDP would be spent on healthcare.2 Getting this growth rate under control will require a more strategic focus on how we spend our healthcare dollars. To that end, spending money on one type of healthcare can save money by avoiding other healthcare costs. The money saved is called a “medical cost offset.” Medical cost-offsets have been attributed to screenings for disease to diagnose underlying conditions, medication therapy management, health and wellness programs, as well as the effective use of medical devices and medicines.

This paper focuses on those cost offsets from medicines. Medicines are responsible for preventing and curing disease, for improving or maintaining health, and for avoiding exacerbations of existing conditions. This can result in fewer trips to the emergency room, fewer surgeries, or delaying the need for long term care. The net effect is reduced overall costs. This is important, as healthcare spending takes up a growing share of the gross domestic product (GDP) in countries like the U.S. Medicines can therefore generate savings, help prioritize spending, and allow for the sustainment of investment into medical innovation. As healthcare services become strained and the demands of an aging population increase, the effective use of medications will play a vital role in meeting those demands and improving healthcare efficiency.

In perhaps the most significant recognition of the impact that medicines have on reducing other types of healthcare spending, the Congressional Budget Office (CBO), a nonpartisan, independent body that estimates the cost of federal legislation in the U.S., is now counting the savings to the Medicare program from the use of medicines

A number of other studies support this relationship:

Medication adherence or compliance plays a role in cost offsets. Studies analyzing the proper use of medications have shown that not taking medicine as directed by your physician can adversely affect the trajectory of a disease, thus impacting the total cost of treatment and care. Lack of medication compliance is estimated to cost European governments €125 billion per year; and cost arising due to complications of poor compliance represents 14 percent of total healthcare expenditure in the United Kingdom’s National Health Service (NHS).7 Another review studied drug adherence across four major health conditions (congestive heart failure, hypertension, diabetes and dyslipidemia, or high cholesterol). Higher degrees of drug adherence were associated with significantly lower annual inpatient hospital days, ranging from 1.18 fewer days for dyslipidemia to 5.72 fewer days for congestive heart failure.8 A recent follow-up to this original study found that among seniors with chronic vascular disease, a 1 percent increase in condition-specific medication use was associated with a significant reduction in gross nonpharmacy medical costs in the amounts of 0.63 percent for dyslipidemia, 0.77 percent for congestive heart failure, 0.83 percent for diabetes, and 1.17 percent for hypertension. These findings suggest that a 5 percent increase in the use of antihypertensive medication by patients with both high cholesterol and hypertension may prompt reductions in medical costs (Medicare Parts A and B) of more than $800 annually per beneficiary.9

Adapted from: M. Sokol et al., (2005)“Impact of Medication Adherence on Hospitalization Risk and Healthcare Cost,” Journal of Medical Care 43 (6). Notes: Adherence is the extent to which patients take medicines as prescribed, in terms of dose and duration. Return on Investment estimates reflect spending attributable to the condition listed.

The Use of Statins Correlates to a Reduction Healthcare Costs

Source: U.S. Department of Health and Human Services. How Tobacco Smoke Causes Disease: The Biology and Behavioral Basis for Smoking-Attributable Disease, A Report of the Surgeon General. Atlanta, GA: Centers for Disease Control and Prevention, National Center for Chronic Disease Prevention and Health Promotion, Office on Smoking and Health, 2010. Retrieved from http://whyquit.com/CDC/SGR_2010_How_Tobacco_Smoke_Causes_Disease.pdf

Finding solutions that maximize efficiencies in healthcare is a shared goal among drug makers, payers, physicians, and patients. Aging of global population, a lower ratio of working-age population to dependents occuring in the U.S., and the growth in healthcare expenditures occurring in many regions of the world are concerns that demand improvements in the allocation of healthcare resources. Understanding the social health and economic benefits of medicines are vital to ensure the most efficient deployment of healthcare dollars and resources.

Pharmaceutical innovations have proven effective not only at improving health, but also at reducing the needs for other medical interventions for many diseases. Even “specialty medicines,” those high-cost therapies that may require close monitoring or special handling, have been found to improve health, sometimes at a lower cost than existing standard of care. A recent review of the largest specialty pharmaceutical categories — Rheumatoid Arthritis, Multiple Sclerosis, and Breast Cancer — suggests that they can offer significant benefits to patients living with complex and chronic conditions compared with previously available therapies.26 In another study, starting a biologic response modifier (BRM) was associated with a reduction in physician visits and use of expensive procedures for patients with RA within two to three years of initiation. And the use of immunomodulatory therapy for MS was associated with a reduced number of hospitalizations and expensive procedures within two years of initiation.27

Medications have had a tremendous impact on quality and length of life across the spectrum of diseases. In fact, the U.S. Centers for Disease Control and Prevention (CDC) has identified the use of new drugs and expanded use of existing drugs as one of the factors that have driven the death rate down by 60 percent over the last 75 years.28 Looking ahead, the promise of innovation in healthcare is one of saving lives, enhancing the quality of life, and improving efficiencies in healthcare systems.

Download the Value of Medicines in Offsetting Healthcare Costs article in PDF format.

It is estimated that for every 1 percent increase in medicine utilization, total Medicare program costs fall by 0.2 percent.3

The odds of subsequent hospitalizations or emergency department visits were 13 percent lower with improved adherence to diabetes medications.10

Medication was associated with a 27 percent reduction in cardiovascular healthcare costs.14

Vaccines prevent morbidity and mortality, thus saving millions of dollars in direct and indirect costs to the healthcare system each year.21 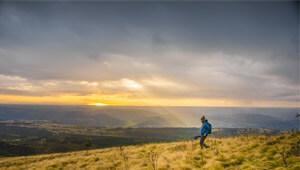 The Value of Medicines for Healthy Aging 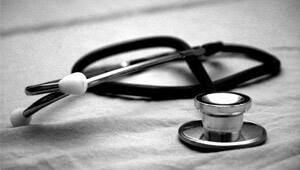 The Value of Medicines in Offsetting Healthcare Costs 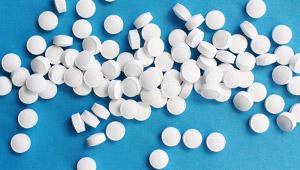 The Value of Drug Adherence