Our Purpose / The Value of Treatment Advances in Hemophilia
December 1, 2016

Hemophilia is a rare hereditary bleeding disorder that occurs in a relatively small number of patients across the world. Patients with hemophilia have little or no Factor IX or VIII clotting factors. Clotting factors are proteins needed for normal blood clotting. Because the genes encoding these factors are on the X chromosome, these diseases usually affect only males, who carry only one X chromosome. Females are generally “carriers” and can transmit the disease to their sons, but females are rarely affected because they almost always carry a normal X chromosome.

There are two types of inherited hemophilia:

Type A is caused by a deficiency of blood clotting factor VIII. It is about four times more common than type B, and occurs in 1 in 5000 male live births in the U.S.1,2

Type B is caused by a deficiency of blood clotting factor IX and constitutes about 20 percent of hemophilia cases.1,3

Health and Economic Burden of Hemophilia

Hemophilia can be a very debilitating condition. Patients with hemophilia often have difficulties with a broad range of activities, including personal care, household tasks and related activities. Patients with severe disease are at an increased risk of spontaneous bleeding, particularly into joints and muscles. They are also at risk for excessive bleeding following surgery or trauma from an injury. If inappropriately managed, patients risk complications from joint bleeds, including impairment and deterioration in joint function, deformity, and loss of function, most commonly in knees, elbows and ankles.4 In severe cases, patients can lose their ability to walk and may require wheelchair assistance or orthopedic surgery to repair or replace damaged joints.5 Bleeds into the central nervous system or other organs can be fatal.

Patients with hemophilia A or B often have poorer health-related quality of life than the general population.6 Patients with severe hemophilia often have restrictions in performing their job or may be more likely to be unemployed due to issues such as pain or frequent absence from work. Due to limits in employment, patients with hemophilia can impose a significant economic burden on society; one study has estimated that underemployed patients cost society US$3.9 million annually.7 Given the complications hemophilia poses on the lives of patients, annual medical costs can be substantial; studies have estimated that the mean annual cost of a hemophilia patient in Europe is over €117,000,8 with mean lifetime medical costs reaching €7.8 million.9

The care of children with hemophilia has improved immensely over the past 40 years, from an era in which children with hemophilia were rarely expected to survive beyond the ﬁrst decade to the present, where children born with severe hemophilia are expected to live a normal life span and participate fully in daily activities, with appropriate care and accommodations.10 Advances in scientiﬁc discovery have led to the availability of treatments, which helps to raise the level of missing factor in the blood in order to stop and prevent bleeds.

For decades, fresh frozen plasma (FFP) was the primary treatment for both hemophilia A and B. In the mid-1960s, a great advancement was made in the treatment of hemophilia through the discovery of a method for preparing factor VIII from FFP by allowing it to thaw in the cold (cryoprecipitate plasma). This new mode of preparation allowed administration in a smaller volume, which could take place in an outpatient setting for patients with hemophilia. In the 1970’s freeze-dried (lyophilized) factor concentrates were developed, which greatly facilitated home treatment of bleeding episodes. While this was a great advancement in the treatment of hemophilia, there have been signiﬁcant challenges with the use of human blood plasma.11 By the early 1980s, thousands of plasma donations were discovered to be transmitting potentially deadly blood-borne viruses, including HIV and hepatitis. Eventually, better screening methods for blood donors were developed along with new methods to deactivate the viruses, which improved the safety of the donated plasma and plasma-derived factor concentrates. However, despite improvements, a signiﬁcant concern continues to exist in the hemophilia community about the safety of plasma-derived products, due to the possible transmission of viruses such as hepatitis A, the Creutzfeldt-Jakob disease agent, and emerging pathogens, such as Hepatitis E.11

In the mid-1980s, breakthroughs in technology brought about signiﬁcant advancements in the treatment for patients with hemophilia and the greatest progress in terms of safety. The successful cloning of factors VIII and IX genes allowed for the production of recombinant human factors for both hemophilia types. By the late 1990s, licensed recombinant plasma products were being used in Hemophilia A and B.

Value of Advances in Treatment and Impact on Patients

Prophylaxis vs. On Demand:
With the advent of new technologies and advances in medical knowledge, patients with hemophilia are now fortunate to have two methods of treatment available to them. Historically, patients were provided treatment “on demand” in order to treat a bleeding episode that occurred due to an injury or spontaneous bleed. However, with advances in medicine, treatment to maintain clotting factors above a baseline level and prevent spontaneous bleeding episodes, called prophylaxis treatment, has gained importance as an alternative method. Blood factor levels are kept at around 1 percent, with regular infusions of clotting factor concentrates, which reduces the risk of bleeding and prevents joint damage.12

The appropriate management of hemophilia is critical in minimizing and preventing long-term issues that can contribute to higher costs. Prophylaxis treatment has been shown to have significant advantages over on-demand treatment for patients with hemophilia. For example:

Advances in treatment have also provided patients with the option for both prophylaxis and on-demand therapy at home. When bleeding episodes are not treated early, this can often cause further complexity, including the need for higher doses of factor replacement therapy and repeated treatments. Therefore, home treatment has several advantages, by reducing the economic impact on health care systems and improving the quality of life for both the patient and the family. For example:

Barriers to Treatment in the Developing World

While advances in treatment in developed countries have substantially increased the life expectancy of patients, this has not been the case worldwide. According to the World Federation of Hemophilia (WFH), it is estimated that worldwide, approximately 70 percent of patients with hemophilia are underdiagnosed and un-treated.35 The inadequate care and diagnosis of patients with hemophilia can be attributed to numerous factors, including government prioritization within the health system, inadequate treatment infrastructure, lack of understanding by the health care community and lack of adequate supplies of treatment.35

In addition, while advances in treatment safety have progressed in developed countries, in emerging markets, significant numbers of infections still occur because of the increased reliance on transfusions.36 In a number of emerging markets, transfusion services are often poorly developed, and donor screening methods are not up to the required standards.36

While the World Health Organization (WHO) recommends that all blood donations be screened for evidence of infection prior to the release of blood and blood components for clinical or manufacturing use, a WHO global survey found that only 53 percent of low-income countries screened blood donations following basic quality procedures.37 Complications such as liver disease and bleeding remain a major cause of death worldwide for patients with hemophilia.

The success of patients in these countries should serve to encourage policymakers to prioritize the needs of patients with hemophilia within their own country. Policymakers should look to develop a comprehensive national hemophilia health care program that allows for sustainable hemophilia care, including education for health professionals and coordinated centers with the appropriate expertise and knowledge for diagnosis and treatment. Treatment guidelines and protocols should be developed to ensure an accepted standard for hemophilia care throughout the country. Lastly, the use of recombinant treatments should be explored to ensure that safe, effective treatments are available to patients starting at a young age. Even minimal levels of treatment have been demonstrated to increase survival of children with hemophilia. The WFH has estimated that treatment for children with appropriate replacement therapy, even at a minimal level, in countries with GNP less than US$2,000 can result in a fivefold (500 percent) increase in survival to adulthood.38

Download the Value of Treatment Advances in Hemophilia article in PDF format.

Approximately 100 years ago, the average life expectancy of a patient with hemophilia was just 16 years, due to lack of treatment options.39

The burden of hemophilia is significant, with 75 percent of patients having physical problems, and 43 percent of adult patients and 54 percent of their caregivers having anxiety problems.8

The economic burden of hemophilia is considerable, with annual mean costs for a patient in Europe to be estimated at over €100,000 per year, high unemployment and significant disabilities.5, 7, 8 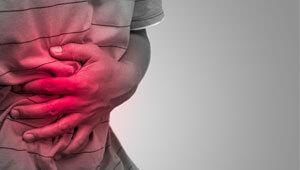 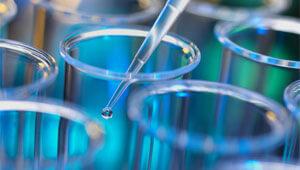 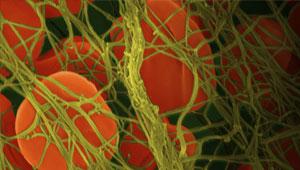