Cardiovascular diseases (CVDs) are the number one cause of death globally,1 and there is a well established relationship between low-density lipoprotein-cholesterol (LDL-C or “bad cholesterol”) and coronary heart disease.2 The lowering of LDL-C with medications has taken several forms. In 1986, a new type of drug class called statins was introduced to lower levels of LDL-C when therapeutic lifestyle changes were not enough to reach treatment goals. Statins introduced an innovative medicine class that decreased the number of heart attacks and strokes significantly in clinical trials of a variety of patient populations. Since their introduction, statins have been extensively studied and were found to be cost-effective therapies for a broad range of patients.

Statins have demonstrated reduced CV events in a wide range of patients. While the cost savings of statins has not been extensively studied, some studies have estimated the economic benefit these agents have conferred. Some of those findings include:

Research suggests that the expanded use of statins could offer additional life-saving health benefits. A recent ten year study completed in 2014 by Kaiser Permanente found that continuing statin therapy helped increase the survival rate of patients who had a stroke caused by bleeding in the brain (hemorrhagic stroke).13 The study showed that patients already on statin therapy who had stayed on the medication while in the hospital were three times more likely to survive than those patients whose statin therapy was stopped. Additionally, patients not on a statin but who started the therapy post-hemorrhagic stroke were two times more likely to survive than those with no medication.

An unmet medical need existed as some patient populations were not reaching cholesterol lowering treatment goals with statins alone. Therefore, a new class of medications was developed. PCSK9 (Proprotein convertase subtilisin/kexin type 9 inhibitors have been shown to further decrease LDL-C by 50–70% when administered as monotherapy or in combination therapy with statins.15 This new class of medications is a great example of drug development in which the discovery of gene mutations and their clinical effects on lowering cholesterol has ushered in another treatment option for patients. These medications are described as an antibody that targets the PCSK9 protein and works by reducing the number of receptors on the liver that remove LDL cholesterol from the blood. By blocking PCSK9’s ability to work, more receptors are available to get rid of LDL cholesterol from the blood and, as a result, lower LDL cholesterol levels.16 In 2015, the FDA approved two different PCSK9 medications for use in patients with heterozygous familial hypercholesterolemia (HeFH) and for patients with CVD that require additional lowering of LDL cholesterol.

The overall societal value of the current and expanded use of cholesterol lowering medications is quite profound and confers a dramatic health and life-saving benefit. Whether with statin therapy or PCSK9 inhibitor treatment, cholesterol lowering therapy will continue to evolve. Various healthcare sectors are committed to continue research to expand current therapies and develop new medications for the treatment of CVD for the benefit of patients worldwide.

Matt was 48 when he suffered a massive heart attack a few years ago. He had 100 percent blockage in his right coronary artery. Since the heart attack, his cardiologist put him on numerous medications, including a statin, to normalize his cholesterol and triglycerides, prevent his blood from clotting, and keep his blood pressure low. Below, he describes his treatment.

“These medications have allowed me to keep up the same pace as I had before the heart attack. In fact I would say that I am doing more now than before the heart attack. I feel confident in the medications that have been prescribed by my cardiologist. Part of that confidence is based on the vast amount of data and years of research that supports their effectiveness and overall safety. Other than the minor inconvenience of having to take these medicines every day, there haven’t been any drawbacks. Considering the alternative, I take them willingly, and with a smile.” — Matt Woods

Cardiovascular diseases (CVDs) are the number one cause of death globally according to the World Health Organization.1

The American Diabetes Association recommends statin therapy be added to lifestyle therapy for specific patients with diabetes, regardless of baseline LDL levels.7

From 1987–2008, the estimated aggregate social value of statins was $1.252 trillion, with the consumer surplus associated with statins estimated at $947.4 billion.3 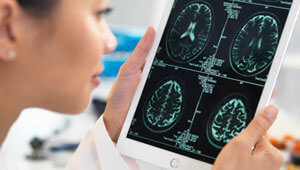 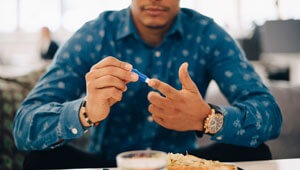 Type 2 Diabetes is one of the most common, costly, and preventable