Type 2 Diabetes (T2D) is one of the most common, costly, and preventable chronic health problems, comprising 90% of all diabetes cases.1 Medicines to treat T2D, including insluin therapy and other medications, have dramatically improved both the length and quality of life for people with T2D, and the development of new treatments is becoming increasingly important as more and more people are diagnosed with the disease.

Globally, there are 371 million people living with diabetes, and by 2030 this number is expected to grow to 552 million.2,3

T2D is a condition characterized by high levels of glucose (sugar) in the blood. Being overweight or obese, maintaining a poor diet, and a sedentary lifestyle are major contributors to the development of T2D. People with T2D have an increased risk of developing other serious health problems, including blindness, heart attack, kidney failure and amputation. For example, in the United States, 2% of people with diabetes become blind and 10% develop severe visual impairment.4,5 In the United Kingdom, 120 diabetic foot amputations occur weekly, and only 50% of patients survive two years after surgery.6

While T2D is still a lifelong, chronic illness that can be debilitating, and sometimes fatal, before the discovery of insulin in 1921, a diagnosis of diabetes almost always meant a person would die. Prior to being established as an insulin deficiency disease, children with the disease rarely lived a year after diagnosis, while 5% of adults died within two years, and less than 20% lived more than ten.7

Left untreated, diabetes can cause severe morbidity and death. But thanks to available medicines, advances in health management techniques, and disease education and awareness, most diagnosed with T2D can go on to live long, healthy lives.

Below are two stories outlining the journey a patient, her mother, and their physician experienced using medicines to treat Type 2 diabetes.

My grandmother had Type 2 diabetes, and so did my mom. I did not want to end up like they did and was willing to do anything. When I went to visit Dr. Zemel, he was very concerned about my health because I have other diseases, too. Dr. Zemel suggested I meet with a nutritionist regarding adjustments to my diet and exercise, and prescribed one of the newer Type 2 diabetes drugs.

I immediately began seeing results due to my lifestyle changes and the medication. My daughter and I are doing more things together, like visiting college campuses now that she’s 18. Two years ago my health would not have allowed me to see as many campuses, or as much of them.

I am grateful to my doctor for recognizing my health risk and putting me on a program. Would I have been able to have done this with just diet and exercise alone? I don’t know. This combination has certainly worked for me.
-S.T., Colorado

Success in this mother/daughter pair delivers a story that typifies the value of medicine. They both benefitted in ways that are on the current mindset of our society. The two shared a starting weight of 185 pounds and had typical co-morbidities from their obesity. This caused the need for multiple medications to address diabetes, hypertension, and hyperlipidemia. These are all known risk factors for heart disease. Our care plan was to address their problems with a combination of behavioral modification and a newer class of diabetes medication that was more appropriate in its glucose-lowering effect.

The patients’ success was evident when they reached the weight of 160 pounds, reverted their diabetes back to a normal metabolic pattern, and continued to live and function well together while encouraging each other with their success. Medications for other co-morbid conditions were able to be discontinued as well.
- Dr. Zemel, Colorado

While lifestyle changes such as dietary modifications, increased exercise, and reduced stress are an important part of managing T2D, and likely to be the first recommendations from health care providers, for many patients these methods alone are insufficient in managing the disease. For many with T2D medication is a necessary counterpart to lifestlye changes and other non-clinical efforts to control diabetes and its complications.

While several medicines exists for treating T2D, it is a progressive disease, meaning medicines initially effective at controlling a patient’s blood sugar levels may lose efficacy years later, despite using higher doses.10 When this occurs patients must progress to other medicines to maintain control of the disease. This highlights the undeniable value of, and medical need for, new medicines with improved durability, safety profiles and impact on non-insulin parameters, such as weight and blood pressure.

Several classes of medicines being studied, or recently approved for marketing, address this medical need. For example, some new medicines are focused on the role kidneys play in controlling blood sugar levels, and by increasing urinary excretion of glucose are able to lower blood sugar independent of insulin.11 Other new medicines are able to increase glucose-dependent pancreatic insulin production, helping reduce incidence of hypoglycemia compared to older medicines.12 Additionally, insulin is also seeing innovative advances as companies focus on inhalable delivery systems, and formulations which more closely resemble the insulin activity of healthy patients.

These new treatment options and the continued innovation of diabetes medicines offer new hope for society, patients, and caregivers; along with advancements in science for governments, academia, and industry alike. As the burden of type 2 diabetes increases globally, so too should the armamentarium to combat it.

Global healthcare expenditures on diabetes were estimated to be at approximately $465 billion in 2011 and are estimated to grow to $595 billion in 2030.13 The increasing cost of diabetes is largely attributable to the immense growth in the prevalence of the disease. In the U.S., from 1995 to 2010, there was at least a 100% increase in the prevalence of diagnosed diabetes cases in 18 states and forty-two states saw an increase of at least 50%.14

As more and more people are diagnosed with diabetes, costs associated with treating both the disease and its complications become more and more burdensome. Additionally, the indirect costs of T2D includes things like absenteeism, reduced productivity, inability to work, and early mortality. In 2012 in the U.S., indirect costs of diabetes were estimated to be $68.6 billion.15

Yet, as prevalence grows and the cost of diabetes rises, medicines to treat diabetes continue to represent a small share of expenditures, despite the introduction of many new classes of medication and their central role in controlling and combating the disease.

Compared with other costs associated with the treatment and management of diabetes, diabetes medicines are a relative drop in the bucket. However, the true value of T2D medicines is perhaps best supported by the economic case for improved adherence.

Despite having access to medicines, many diabetes patients are nonadherent to treatment, either missing doses or not complying with treatment plans altogether. It is estimated that as many as 60% of T2D patients are nonadherent.16 Patients who are nonadherent are far more likely to require hospitalization and to incur significantly higher healthcare costs. Because of this, many economists and health professionals alike advocate the increased utilization of, or adherence to, diabetes medicines as a way to not only improve health, but also to lower health care costs.17

A study conducted in 2012 found that improved drug adherence to diabetes medicines was associated with 13 percent lower odds of subsequent hospitalizations or emergency department visits. Based on these and other effects, the study authors projected that improved adherence to diabetes medicine could avert 699,000 emergency department visits and 341,000 hospitalizations annually, for a saving of $4.7 billion.1

Adapted from: M. Sokol et al., “Impact of Medication Adherence on Hospitalization Risk and Healthcare Cost,” Journal of Medical Care, 2005.
Notes: Adherence is the extent to which patients take medicines as prescribed, in terms of dose and duration. Return on Investment estimates reﬂect spending attributable to the condition listed.

Download the Value of Medicines for Type 2 Diabetes article in PDF format.

Before insulin discovery and the availability of insulin therapy, diabetic children rarely lived a year after diagnosis, 5% of adults died within two years, and less than 20% lived more than ten.7

The cost of diabetes is skyrocketing due to increasing prevalence of the disease, however, medicines to treat diabetes represent a small share of expenditures on diabetes care, despite their central role in controlling and combating the disease.8 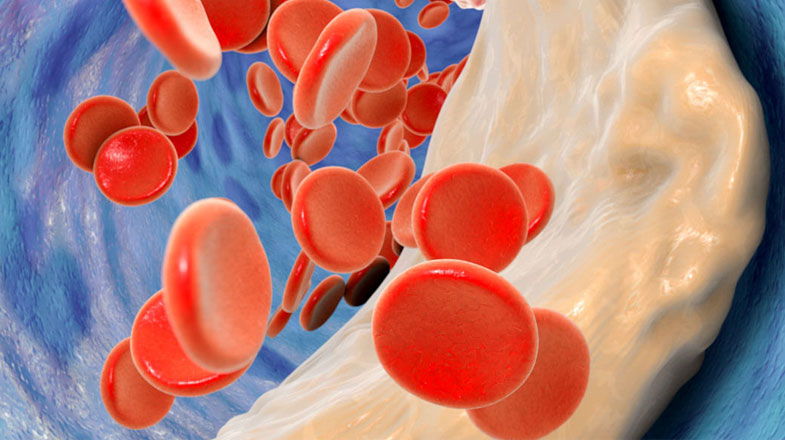 Cardiovascular diseases are the number one cause of death globally,1 and