Arctic creatures have a variety of adaptations for surviving subzero temperatures. Now, science is hoping to borrow a few of their techniques to extend the shelf life of human organs.

Some creatures head south to survive the winter, but the North American wood frog stays put, enduring subzero temperatures by transforming into a frozen “frogsicle.” With no heartbeat or breathing for prolonged periods, the partially frozen amphibian gradually thaws and hops back to life as spring emerges.

The wood frog, and other organisms such as arctic fish and snow fleas, withstand harsh subzero conditions thanks in part to natural antifreeze compounds circulating in their bodies that protect their vital organs. Inspired by nature, scientists are studying these compounds and other extreme-temperature survival tricks to better preserve fragile human organs for transplantation.

With current technologies, transplanted organs must be kept under cold storage, and not for long. A human heart, for example, can only be preserved for four to five hours outside the body. This makes it challenging to transport organs long distances, and in some cases, compels doctors to settle for less-than-ideal tissue matches between donors and recipients. Tragically, many organs that could have potentially been used for transplantation are discarded.

Freeze the Cells, Not the Organs

For decades, we’ve had techniques for freezing single human cells such as sperm, eggs, embryos and stem cells. Special substances known as chemical cryoprotectants are added to these small samples to prevent ice crystals from damaging cell membranes and their internal structures.

But if you try to freeze on a larger scale — human tissues and organs — the water between cells freezes first, causing a difference in osmotic pressure between the inside and outside of cells. Water rushes out of a cell, causing damage to its membrane. And the higher concentration of non-water substances on the inside of the cell destroys internal structures. Once this occurs, the  organ is left non-viable.

Looking to Frozen Frogs and Fish

The wood frog is built to partially freeze and “play dead.” First, water flows out of its internal organs, which eventually forms into a surrounding protective layer of ice. Meanwhile, its body accumulates urea and glucose, which act as an antifreeze, keeping the individual cells in vital organs from freezing. Scientists hope that by closely studying the wood frog, they can figure out how to safely freeze individual human tissues and organs.

Similarly, fish living in the Arctic circle have special antifreeze proteins (AFPs) that lower the freezing point of their blood in the winter. These molecules have a unique structure that prevents water from forming ice clumps. But these natural AFPs are costly to extract and could be toxic to other organisms. As one workaround, scientists at the University of Warwick in the U.K. have recently developed a synthetic imitation that mimics the activity of naturally occurring AFPs in the hopes that they could help preserve human organs.

The winterizing process is a complex set of steps. Scientists inspired by the wood frog and its hardy arctic friends must match nature’s advanced methods as they work to extend the shelf life of organs. 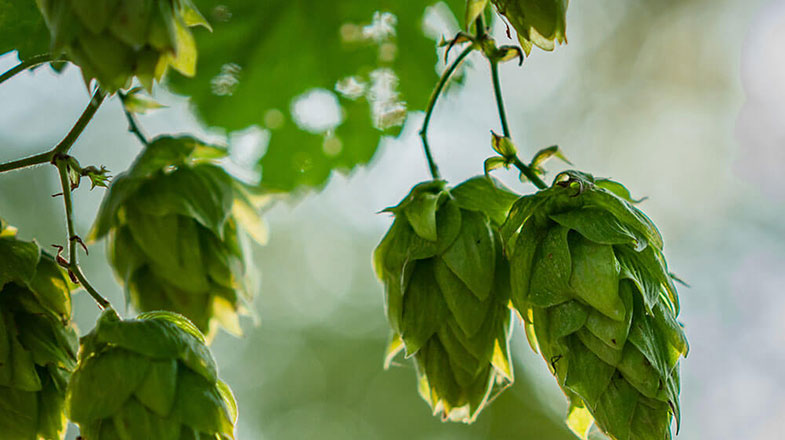 Flower Power: How an Ingredient in Beer Could Fight an Epidemic

It’s no secret that a diet high in fruits and vegetables is associated with a variety of health benefits, but other types of plants may also play a role in keeping disease at bay. Research suggests that the humble flower of Humulus lupulus, known colloquially as hops, might punch well above its weight when it comes to fighting a set of common maladies.