Multiple sclerosis is an unpredictable disorder of the central nervous system, affecting nearly 1 million adults in the U.S., and more than 2 million people worldwide. The condition is unpredictable, with symptoms ranging from mild or severely debilitating, and sufferers experiencing symptoms that can flare-up and then subside for days, months or even a few years. Its cause is not fully understood. It is thought to be an autoimmune disorder, in which the immune system incorrectly attacks healthy tissue. 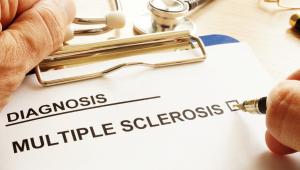 Multiple Sclerosis
On The Doctors, Dr. Freda Lewis-Hall and Dr. Travis Stork speak with dancer Courtney Galiano about continuing to dance despite a diagnosis of multiple sclerosis. 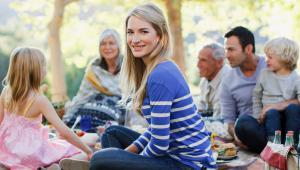 Multiple Sclerosis Myths and Facts
You’ve probably heard of multiple sclerosis (MS), a chronic disease that damages the brain, spinal cord and nerves of the eyes. You or someone you know might even have MS, as it affects over 2 million people worldwide. But not everything you’ve read or been told about the disease may be correct... 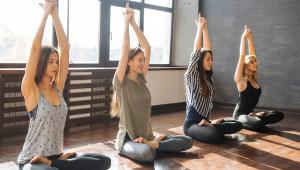 3 Ways to Stay Active with MS
One of the keys to maintaining mobility and fighting fatigue when you have multiple sclerosis (MS) is to stay active. "For years, doctors told people with MS not to exercise," according to Meg Frazer, MD, Senior Director within the Cardiovascular and Metabolic team at Pfizer. "But we know that for...

What is Multiple Sclerosis?

Multiple sclerosis (MS), a chronic (long-lasting) disease that damages the brain and spinal cord. The condition damages the material that surrounds and protects our nerve cells, called the myelin sheath. This damage slows down or blocks messages between the brain and body, leading to the symptoms of MS.

What Causes Multiple Sclerosis and Who Gets It?

The exact cause is unknown. Scientists believe MS is an autoimmune disease, which happens when your immune system attacks healthy cells in your body by mistake.

MS is three times more common in women than men. It is often diagnosed between the ages of 20 and 50, although children and older adults may develop it. The condition occurs in most ethnic groups, including African Americans, Asians and Latinos, but is most common in Caucasians of northern European ancestry.

Researchers believe that genetic factors may increase the risk of developing MS, but there is no evidence that MS is directly inherited. Environmental factors, such as geography (more common in areas farthest from the equator), low Vitamin D, tobacco exposure, and viral exposure have also been shown to increase the risk of MS.

What are the Symptoms?

MS symptoms are unpredictable and can vary from person to person. Symptoms tend to come and go and will affect each person differently.

The most common symptoms of MS include:

How is It Diagnosed?

There is no specific medical test to diagnose MS. Doctors diagnose MS by evaluating your symptoms, reviewing your medical history, conducting a physical exam, and ordering tests.

Can It Be Treated?

There is no cure for MS yet, but treatments (e.g., medicines, physical therapy) may help manage symptoms and slow the progression of the disease.

Our Focus in Inflammation & Immunology   -