Sulfuryl fluoride gas is the chemical equivalent of Mr. Hyde. Like the fictional monster, it’s dangerous and difficult to work with. But by inventing a process that creates a new substance called [4-(Acetylamino)phenyl]-ImidodiSulfuryl diFluoride, referred to as AISF, scientists are replacing the gas with the chemical equivalent of Dr. Jekyll. In its new state, it shares several characteristics with the good doctor, like being handy in a laboratory setting.

In its Mr. Hyde form of a colorless, odorless gas, sulfuryl fluoride is used extensively as a fumigant in pest control. In this form, it can cause serious injury or even death if handled improperly. So why have scientists at Pfizer and the life sciences research company BioDuro been so invested in making a safer version? Because sulfuryl fluoride has been shown to be a useful chemical to build fluorosulfates, a type of chemical group that can be used in applications ranging from polymer chemistry to building new molecules to studying the biology of diseases. Providing a useful handle for these transformations will allow the chemistry community to safely expand the scope of their work.

Unfortunately, scientists who want to work with sulfuryl fluoride gas are forced to weigh its advantages against its disadvantages. Even in the lab it can be tough to store. Keeping a supply safely requires the resources and the expertise to store pressurized cylinders. It is also difficult to measure the accurate amount needed, and getting it in some countries can be almost impossible.

“You really need someone with specialized training in your lab to work with sulfuryl fluoride gas safely,” says Christopher am Ende, a senior principal scientist at Pfizer. “Also, working with the gas can be really wasteful because typically a large excess of the material is used.”

That’s why am Ende and his associates at Pfizer partnered with colleagues from BioDuro to come up with AISF. While sulfuryl fluoride is a gas, AISF is a shelf stable solid, which means you don’t need expensive, specialized equipment for storage. It also has the advantage of being significantly easier to measure out the amount that you need for a reaction, and it is less problematic to ship.  Having a safer substance means a much larger part of the scientific community will be able to use the compound in their own experiments.

“(AISF) definitely has the potential to make the workplace safer,” says am Ende. “And because shipping is easier it can be widely distributed.”

The model for the partnership that led to AISF could also benefit science in general. From the beginning of their unique collaboration, both Pfizer and BioDuro looked at the project as something that would contribute to the advancement of research rather than a way to commercialize a discovery. “We partnered with Bioduro in a novel way to provide an avenue for both our scientists and theirs to work together intellectually” says Sylvie Sakata, Pfizer’s Head of External Research Solutions, who led the establishment of the collaboration.  “And we wanted to do something that would be useful for the greater chemistry community.”

AISF was the first tangible result of the collaboration, and the new discovery model the two companies have pioneered could result in similarly useful products going forward. By focusing on a way for both entities to leverage their capabilities to solve a scientific problem and boost staff engagement, they may have found a new model for research collaboration.

In fact, there are really two major breakthroughs that have come out of the fledgling partnership. The first is AISF, but the second is the collaboration itself. Both are a new tool that, if widely applied, could change the way science gets done.

SARS-CoV-2, the virus that causes COVID-19, was sometimes called the “novel coronavirus” in the early days of the pandemic. The term was fitting because SARS-CoV-2 was new; the world had not previously encountered this virus, though the scientific community was already quite familiar with other coronaviruses, including SARS-CoV-1, the virus that caused the 2003-2004 severe acute respiratory syndrome (SARS) outbreak, MERS-CoV that caused the Middle East respiratory syndrome (MERS) outbreak in...

Edward Jenner changed the world when he used cowpox virus to inoculate a young boy against smallpox.1 Less than 200 years later, smallpox was eradicated from the Earth.2 Dozens of vaccines have since been created, leading to dramatic improvements in public health as well as a marked decline in deaths due to diseases such as measles, pertussis (whooping cough), and tetanus. Imagine what Jenner would say if he knew that at least two vaccines now help prevent cancers!3 Or that the world’s... 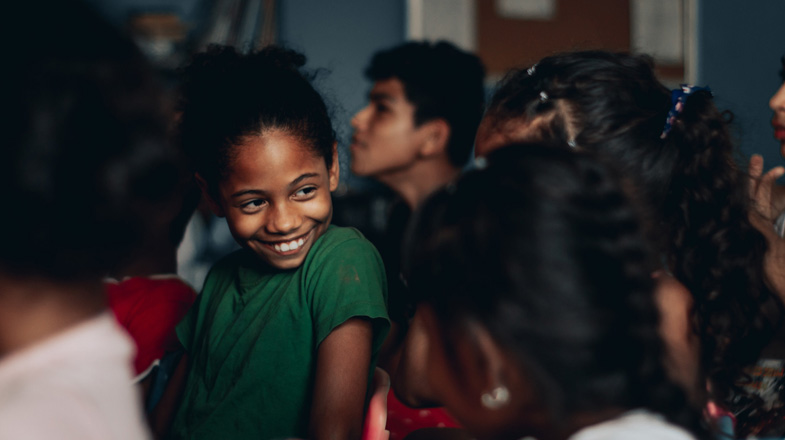 A conversation with Dr. Clyde Glenn, President of the Essie B. & William Earl Glenn Foundation for Better Living In Sunflower County, Mississippi, one of the poorest counties in the nation, The Pfizer Foundation partners at The Glenn Family Foundation (GFF) are working to improve health and life outcomes by addressing the social determinants of health impacting this community.  As defined by the Centers for Disease Control and Prevention, social determinants of health are conditions in the...