Executive Chairman of the Board 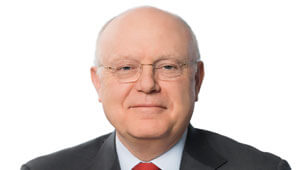 Mr. Read is Executive Chairman of Pfizer’s Board of Directors.

Mr. Read began his career with Pfizer in 1978 as an operational auditor. He worked in Latin America through 1995, holding positions in a number of Pfizer’s largest and fastest-growing operations, including Chief Financial Officer of Pfizer Mexico, and Country Manager of Pfizer Brazil. In 1996, he was appointed president of Pfizer’s International Pharmaceuticals Group, with responsibility for Latin America and Canada. Mr. Read became Executive Vice President, Europe, in 2000; was named a Corporate Vice President in 2001; and assumed responsibility for Canada and Europe in 2002. Mr. Read later became accountable for operations in Pfizer’s Africa/Middle East region and Latin America.

Mr. Read serves on the board of directors of Kimberly-Clark.