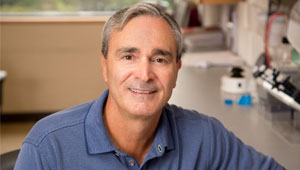 William C. Sessa is currently Senior Vice President and Chief Scientific Officer for the Internal Medicine Research Unit at Pfizer, located in Cambridge, MA. In this role, Dr. Sessa leads the discovery of novel transformative therapies to potentially treat or prevent cardiometabolic diseases, which represent some of the world’s most significant health challenges. He is responsible for guiding the portfolio and technology strategies to bring programs from discovery through to proof of concept in the clinic.

Dr. Sessa joined Pfizer in 2022 after a nearly 30-year career as a research scientist at Yale University, leading an academic laboratory focused on vascular biology. At Yale, he served as the Alfred Gilman Professor and Vice Chairman in the Department of Pharmacology and as Director of the Vascular Biology & Therapeutics Program at Yale School of Medicine. Dr. Sessa earned his Bachelor of Science in Pharmacy from Philadelphia College of Pharmacy & Sciences; his Master of Science in Pharmacology and Toxicology from the University of Rhode Island; and his Ph.D. in Pharmacology from New York Medical College, before completing post-doctoral fellowships at The William Harvey Research Institute and The University of Virginia Health Sciences Center.

At Yale, Dr. Sessa’s work defined the molecular aspects and physiological implications of endothelial nitric oxide synthase (eNOS) activation—and has contributed toward the elucidation of how nitric oxide (NO) regulates angiogenesis, vascular permeability, atherosclerosis and vascular remodeling. He has also made several additional important contributions emanating from his work on eNOS, including elucidating the role of caveolae microdomains of the plasma membrane in signaling; defining the role of Akt as an important kinase regulating the morphogenic and survival pathway for angiogenic growth factors; and identifying the enzyme required for dolichol synthesis in mammalian cells. This latter pathway is an evolutionarily conserved pathway for all protein N-glycosylation reactions in the endoplasmic reticulum, and loss of functions mutations arising in this enzyme can cause a congenital disorder of glycosylation, pediatric epilepsy and movement disorders. Most recently, he focused his lab on metabolic regulation of endothelial cell function and lipoprotein trafficking as an initiating event in the deposition of cholesterol in blood vessels.

Dr. Sessa has been active in national and international professional activities throughout his career, including serving as president of the North American Vascular Biology Organization and as an international advisory board member and consulting editor for both Circulation and Arteriosclerosis, Thrombosis and Vascular Biology, journals of the American Heart Association. He has also participated on the editorial boards of The American Journal of Physiology, American Journal of Physiology: Heart and Circulation, Biochemical Pharmacology, The British Journal of Pharmacology, Cell Metabolism, Circulation Research, The FASEB Journal, The Journal of Biological Chemistry, The Journal of Clinical Investigation, The Journal of Vascular Research, Nitric Oxide: Biology and Chemistry and Physiology. Dr. Sessa is a member of numerous distinguished societies related to pharmacology and molecular biology; has presented and published extensively on his research in vascular biology and eNOS; and has trained and mentored many graduate students and clinical scientists and over 40 post-doctoral fellows, most of whom are in leadership positions in academia. 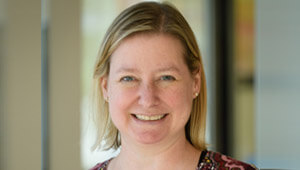 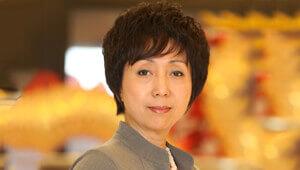