Patients with lupus and inflammatory bowel disease (IBD) recently became a pivotal part of studies without ever stepping foot in a clinic or hospital, thanks to a collaboration formed between Pfizer and the genetic testing company 23andMe. The mission: find genetic clues that may someday lead to more precise treatments. The method: mail in saliva samples and answer questions online.

Preparing for these studies, Mera Tilley, a geneticist and Director in Pfizer’s Early Clinical Development group,was surprised it took only about a year to hit their recruitment targets. “These diseases are not all that common. I didn’t realize patients were so invested in research,” said Tilley, who is based at Pfizer’s Kendall Square, Cambridge site. “Despite the long timeline for results, these patients were enthusiastic about signing up.”

The cause of lupus, and why the autoimmune disease affects the skin, joints, and other organs, is still largely unknown, though researchers suspect it’s a mix of genetics, hormones and environment. Women are disproportionately affected by lupus, and it’s more common in black, Asian, Hispanic and Native American women.

Lupus patients and the advocacy community have long recognized a need for more treatment options and research. Some 5,000 enrolled in the year-long Pfizer/23andMe lupus study. More than that, 80 percent of participants also volunteered to provide their electronic medical records. The study is overseen by an independent institutional review board and the data are kept anonymous to protect patients’ privacy.

While the genetic data is still being analyzed, according to Tilley, researchers are hoping to find variants within the lupus patient population that could explain differences in the severity of the disease and their responsiveness to current treatments. “If we can find genetic variants that correlate with how patients respond to therapies, it’s an excellent basis for precision medicine strategies for clinical studies going forward,” said Tilley.

IBD is a group of inflammatory diseases that affect the lining of all or part of the digestive tract; Crohn’s disease and ulcerative colitis are the most common. Symptoms are largely chronic and for many patients, the disease doesn’t go into remission, according to Tilley. Some 10,000 IBD patients signed up for the Pfizer/23andMe study, making it one of the largest ongoing studies of the condition to date.

This study in particular could have implications far outside the realm of IBD by validating the new method’s results. Tilley and colleagues found that patients’ self-reported data matched results from traditional clinical research studies. “Our results were nearly identical,” said Tilley. “If you have a large enough sample size, self-reported data can be a valid tool.”

Despite the long timeline for results, these patients were enthusiastic about signing up. 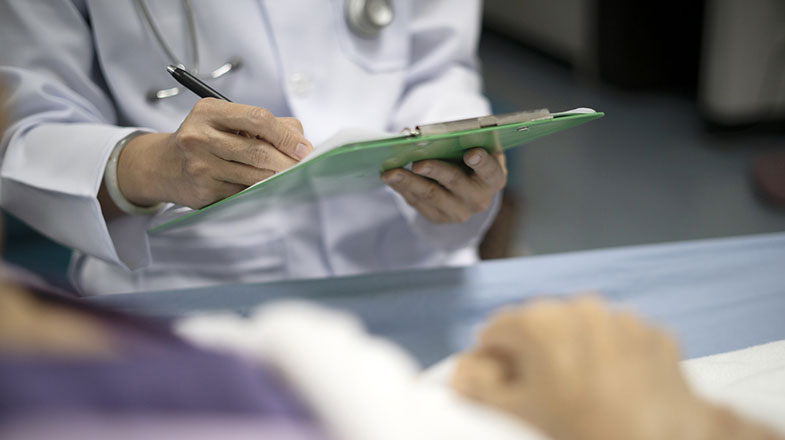