Namely, many available cancer therapies can’t effectively treat cancer that has spread to the brain, as they have difficulty crossing over the blood-brain barrier— a tightly packed layer of cells that prevents toxins and other harmful substances from getting into the central nervous system, which includes the brain and the spinal cord. For some treatments, this critical “security wall” in the brain becomes its Achilles’ heel.

“As therapies become more effective and can better control and shrink cancer in the body, more patients are living longer,” says Mike Rothenberg, Head of Early Clinical Development at Pfizer Boulder Research and Development. “But as a trade-off, some cancers, including melanoma, lung and breast cancer, have a greater chance of spreading to the brain.” Between 10 and 30 percent of these patients eventually develop brain metastases, underscoring the need for additional therapies that can cross the blood-brain barrier.

What’s in the “special sauce”?

At Pfizer Boulder Research and Development, a team of drug hunters has made it their mission to develop next-generation targeted therapies that have the potential to penetrate the blood-brain barrier, stay there and more effectively treat cancer that has spread to the brain. And their hard work is paying off. One drug candidate currently being investigated, a kinase inhibitor for patients with BRAF-mutant melanoma, has recently entered a Phase 1 clinical trial.

“Current BRAF inhibitors are limited by poor brain penetrance. Given this, we believe this molecule has the potential, if successful, to represent a significant advance on standard-of-care regimens in melanoma and other BRAF-driven cancers,” says Rothenberg.

Solving for this challenge has been years in the making. The team of scientists did much of this pioneering work as a part of Array Biopharma, a Boulder-based biotechnology company that specialized in small molecule drug discovery. In recent years, the Boulder team has discovered multiple molecules that have the potential to cross the blood-brain barrier and treat various cancers, and they are looking forward to progressing these molecules into clinical studies. Pfizer acquired Array in July 2019.

Rothenberg says their “special sauce” for being able to quickly develop targeted therapies is not just one thing, but an accumulation of years of experience in understanding drug molecules and how to manipulate them to enter the brain. “It takes a mastery of chemistry, a mastery of 3-D structures, a mastery of a lot of very sophisticated science and technology. But ultimately it's a team of people who are just so focused and want to see their work impact patients.”

“Getting the right credentials”

Dylan Hartley, Executive Director, Drug Metabolism and Pharmacokinetics at Pfizer Boulder Research and Development, is among those scientists dedicated to the mission. Within the blood-brain barrier are transport proteins that acts as “gatekeepers” checking the “credentials” of substances attempting to cross over. “If you don’t design your drug molecule correctly, it’s going to be recognized by these transport proteins and be turned away,” says Hartley. “So, the team in Boulder has worked to design molecules with physical and chemical properties that allow them to avoid these transport proteins,” he adds.

Through years of experience, as well as trial and error, the team has been able to develop a sort of “template” for brain penetrance— a set of characteristics that every potential cancer-fighting molecule should possess. “Currently, the team in Boulder is working to develop several potentially brain-penetrant molecules that target different gene mutations. In addition to our potentially first-in-class, fully brain-penetrant inhibitor against V600 mutations in BRAF, the team is developing molecules that target cMET alterations, which have been found in lung cancer patients, and HER2 alterations, which are prevalent in both lung and breast cancers.”

These difficult-to-treat cancers affect tens of thousands of patients every year. “Drugs that can effectively cross the blood-brain barrier have huge potential benefits, and we hope we will be able to bring additional treatment options to patients in need,” says Hartley. 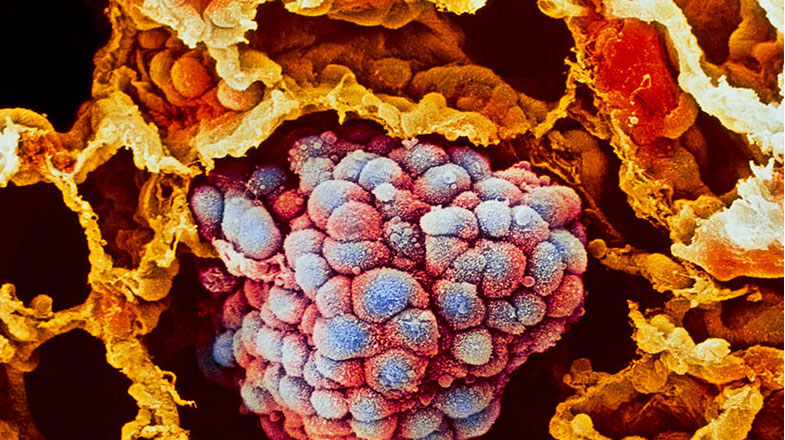