In 2001, three scientists, Leland H. Hartwell, Tim Hunt and Sir Paul M. Nurse, won the Nobel Prize – an honor beyond measure – for their outstanding contributions to the study of the cell cycle. Prior to that time, scientists understood the basics of how cells grow and divide, but they did not have a detailed understanding of the process. In other words, they did not know which specific proteins and signaling pathways within the cell controlled the cell cycle.

Hartwell, Hunt and Nurse discovered that the cell cycle is regulated by cyclin dependent kinases (CDKs). Professor Anders Zetterberg, who gave the Nobel Prize presentation speech and was a member of the Nobel Committee at the Karolinska Institute, stated that a “CDK is comparable to a ‘molecular engine’ that drives the cell through the cell cycle by altering the structure and function of other proteins in the cell.”2

The cell cycle lies at the heart of cancer

Ultimately, their scientific discovery would have a great impact on cancer research.  A key characteristic of a cancer cell is an uncontrolled cell cycle, resulting in unrestrained growth and division. CDKs are key to driving the cell cycle.  This laid the groundwork for Pfizer scientists to identify the first molecule that could specifically inhibit CDK4 and CDK6 (collectively called CDK 4/6) – which have been found to play a role in cancer by restraining the uncontrolled growth and division of a cancer cell.3

Leading the way in therapy development

Building on more than 20 years of research, scientists at Pfizer Oncology discovered that inhibiting the activity of CDK 4/6 during the initial (G1) phase of the cell cycle could interrupt the growth and reproduction of  cancer cells.4,5,6 This has led to treatment advances for patients with a certain metastatic, or stage 4, cancer, and scientists at Pfizer Oncology are now examining the role of CDK 4/6 inhibitors in earlier stages of cancer.

“We are committed to building on our legacy of innovative science and leadership in this new class of cancer therapy,” said Mace Rothenberg, MD, Chief Development Officer, Oncology, Pfizer Global Product Development, “We continue to explore the potential of CDK 4/6 inhibitors for their role in putting the brakes on cancer cell division.” 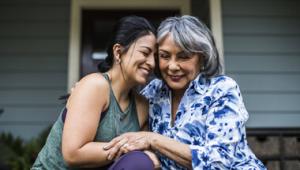 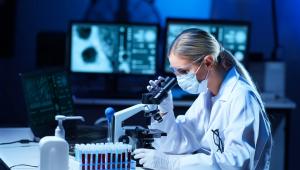 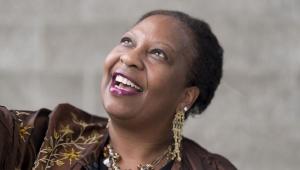