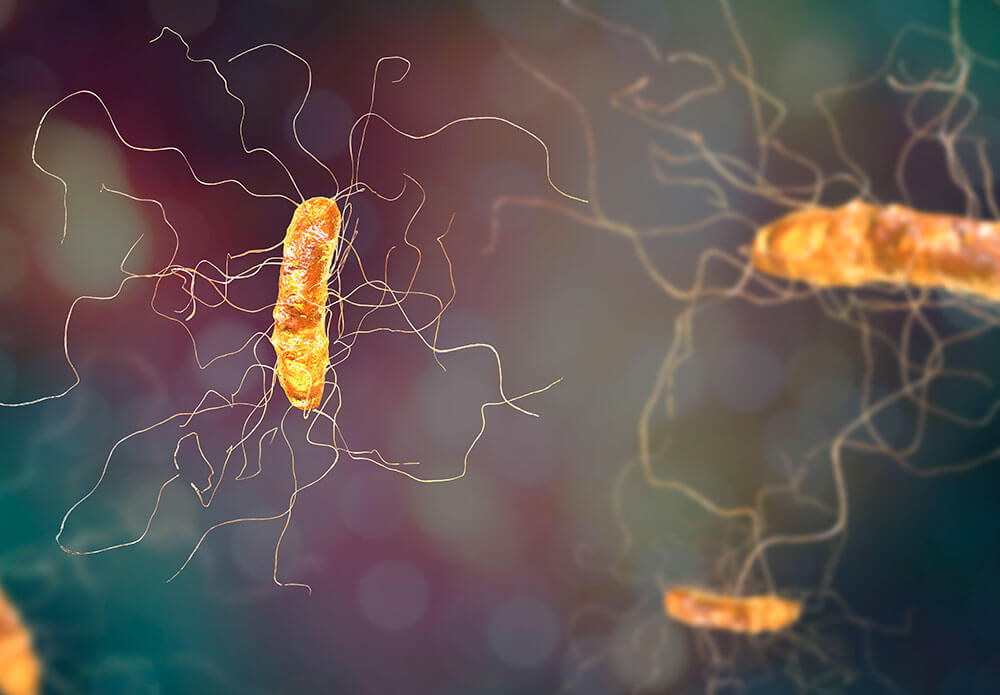 Developing a vaccine to prevent the devastating disease caused by Clostridium difficile requires a reliable and sensitive test to diagnose the dangerous disease causing toxins produced by C. diff — and it also required scientists to figure out how to detect the toxins in stool samples.

When scientist Arik Elfassy talks to his kids about his job, he purposely omits one important detail: When he’s collecting data, he spends much of his day working with human stool samples. And not just a little bit of it. For his most recent research project, he logged long hours in the lab analyzing some 1,000 samples of human stool with the goal to see which of the samples harbored the Clostridium difficile (C. diff) bacteria and whether they produced the toxins. The C. diff toxins actually cause the severe diarrhea and life-threatening inflammation of the colon. This was easier said than done, given that stool can harbor many substances that can interfere with a complex and sensitive biological assay.

“I want my kids to stay excited about science,” says Elfassy, a Principal Scientist at Pfizer’s Vaccine Research site in Pearl River, N.Y. “So I don’t tell them exactly what I’m working on.”

For Elfassy, who must wear proper biosafety protective gear when in the lab, including working under a biosafety hood that filters out odors, the importance of what he’s doing far outweighs the “ick” factor. “You see it more from the scientific point of view that it may have a huge impact on human health and the medical community. It helps you get past it,” Elfassy says.

Seeing the big picture has certainly paid off. Elfassy and other team members have developed an innovative two-part laboratory test to be used in a clinical trial to assess the efficacy of Pfizer’s C. diff vaccine candidate. The assay is a critical part of showing whether the vaccine candidate is effective in building immunity to the toxins among some 16,000 subjects in a Phase 3 clinical trial.

C. diff is all around us, in the air, water and soil. Many people can carry the bacteria in their guts and never get sick. C. diff spores are passed in feces and spread through food, surfaces and objects, where the spores can survive for weeks or months. It is very difficult to get rid of these spores requiring special decontamination procedures, which is a burden to hospitals and other healthcare facilities where patients often present with C. diff disease and need to be isolated.

Some half a million Americans suffer from C. diff infections annually, and about 29,000 people die each year after contracting the infection. Most victims are  adults 50 years and older, with common conditions such as diabetes and hypertension or other conditions that require antibiotic use. Antibiotic use is also common in older adults and it is the perfect driver for C. diff to rear its ugly head. Antibiotics disturb the normal gut microflora and C. diff gains an  advantage by being able to grow unleashed from other gut residents that normally keep C. diff in check.

The C. diff bacteria itself is not what makes people sick; rather when the pathogen grows uncontrollably, it produces two types of toxins that attack the lining of the gut, destroying it and thus causing diarrhea and inflammation. The current investigational vaccine being tested trains the immune system to develop antibodies against these disease-causing toxins. In studying the effectiveness of the vaccine during clinical trials, researchers needed to develop a two-fold test, according to Elfassy. “For our vaccine to show efficacy, we need to show protection against these toxins, not the bacteria,” he says.

The existing lab tests were either not sensitive enough and/or  subject to human error because they required scientists to visually analyze the shape of cell samples under a microscope to detect the presence of the toxin, Elfassy says. Now, with the current assays that Elfassy and his team spent years developing and validating, the process is automated using a two-part algorithm, with no need for human analysis by eye. In the first part, samples are screened for the bacteria that contain toxin-producing genes; the samples that are positive are then screened for the presence of toxins. “We can have our automated systems tell us whether a stool sample is positive or negative,” Elfassy says.

And it meets the gold standard of scientific and clinical research and development, as a test that is very reproducible, reliable and sensitive. “Everything is being treated the same exact way from the first day of the trial to the last,” he says. “I feel a huge amount of responsibility because our test is helping to define whether the vaccine works or not.”