Once one of the world’s deadliest diseases, smallpox’s complete eradication was the result of a worldwide deployment of a vaccine begun 50 years ago. To date it’s still the only human disease ever to disappear from Earth.

The big push for its eradication began 50 years ago, in 1967. The disease’s story started a lot earlier. 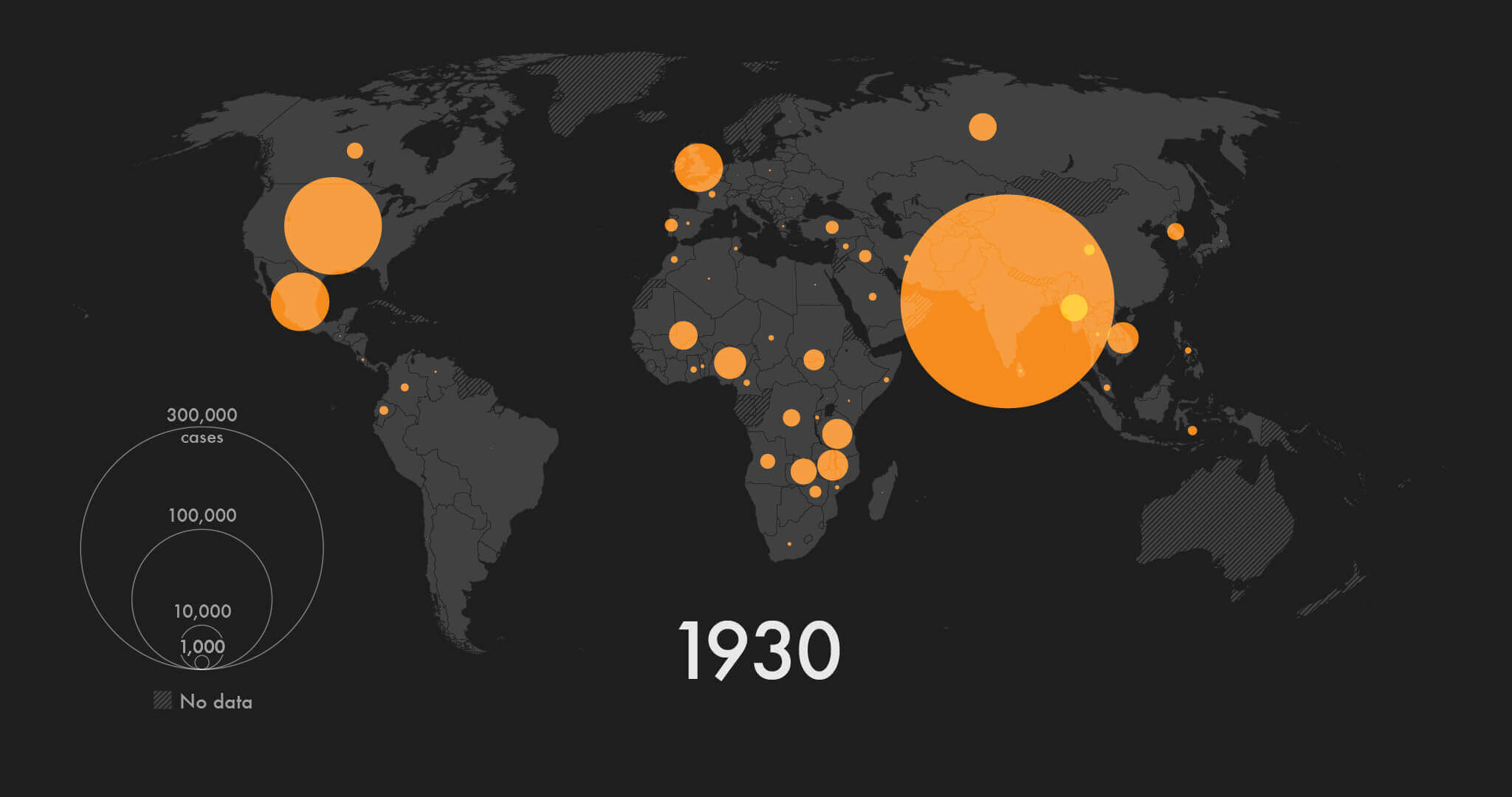 A Brief History of A Killer

Called the “red plague” or the “speckled monster,” smallpox is a virus that killed almost a third of its victims. Characterized by pus-filled sores on the skin, its symptoms include pneumonia, brain inflammation, blindness from corneal ulcerations, and disfiguring pockmarks.

Thought to have begun as a rodent virus circa 10,000 B.C., it would subsequently spread to humans and ravage whole populations. A large-scale epidemic is thought to have spurred the decline of the Roman Empire. Conquistadores from Spain and Portugal brought it to the New World, where it took down the Inca and Aztec empires. It killed 80 percent of the Native Americans who caught it from settlers. In 18th century Europe, 400,000 died annually of smallpox.

Necessity spurred ingenuity. The smallpox vaccine, developed in England by Edward Jenner in 1796, was the modern world’s first successful vaccine (and became the precursor to the vaccine used for eradication). Jenner’s idea was to inject healthy individuals with just a little bit of a less deadly, but closely related, disease called cowpox. The word vaccination is from the Latin for cow, vacca.

By 1949, due to a blanketing of vaccinations, the U.S. was declared smallpox free. In the mid-1950s, Russia in particular was clamoring for a global push to follow suit and rid the whole Earth of the disease. A first global wave of vaccinations began in 1958. By the 1960s, smallpox was confined to Brazil, West-Central Africa, East-Southern Africa, the Indian subcontinent, and Indonesia.

The vaccination process itself got a whole lot better in the mid-1960s with the introduction of a bifurcated prong that scraped the skin so that the vaccine didn’t need injecting. In addition, freeze-drying made the vaccine temperature stable for tropical distribution.

In 1967, the World Health Organization launched a full-force global eradication program, an effort led by Dr. Donald A. Henderson. During the year that this intensified program began, there were an estimated 10–15 million cases of smallpox across 31 countries.  Through a concerted effort of armies of volunteers spread across every inhabited corner of the planet, by 1967, 80 percent of the population of each country of the world was vaccinated.

But smallpox’s real death knell came from a Hail-Mary idea from one of Henderson’s team, American epidemiologist William H. Foege. When running low on vaccine during a 1967 Nigerian outbreak, Foege had the idea of vaccinating in rings around cases, starting with family and all recent contacts. Then they’d vaccinate everyone who had contacts with those contacts. This soon became the go-to vaccination plan globally.

Death Knell of a Deadly Disease

In October, 1977, Ali Maow Maalin, a hospital cook in Somalia, had the distinction of becoming the last person in the world to contract smallpox naturally. By 1980, smallpox was declared officially eradicated.

“Vaccines are the single most important instrument to protect public health,” says Bill Gruber, head of vaccine clinical research and development at Pfizer. “Smallpox is a disease that used to kill many people throughout the world. [Estimates state that it killed 300 million in the 20th century alone.] It no longer exists.”

Eradication didn’t stop in 1980 though. Stockpiles of millions of doses of smallpox still exist around the world. In the U.S., there are currently enough supplies to vaccinate every single citizen in case of emergency.

Many soldiers being deployed still get the vaccine. Thanks to the efforts of Dr. Henderson and his team, the general population doesn’t need to. 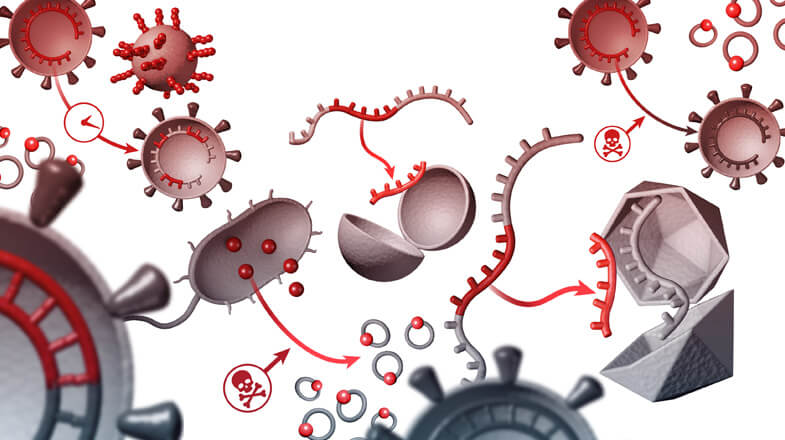